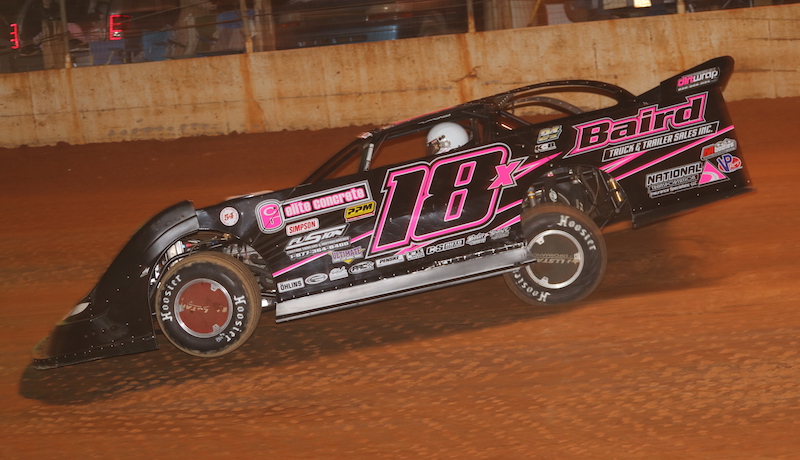 The nation's top regional Dirt Late Model touring series will begin its 2020 season Friday night with a stop at North Georgia Speedway in Chatsworth, Georgia.  We get you ready for the ULTIMATE Super Late Model Series season in this edition of "By the Numbers" on Speed51.

3: Zack Mitchell led the way on the ULTIMATE Super Late Model Series with three wins in 2019. In all, there were 12 different winners in 2019.

3: Sticking with Zack Mitchell, he has the opportunity to have a record year in 2020.  After winning the last two series championships, Mitchell could become the first driver in series history to win three consecutive championships.

14: Modoc Raceway has hosted the most events in series history with 14.

21: Casey Roberts is the all-time wins leader in the series with 21 victories in 101 starts.

29: A total of 29 events are on the schedule for the 2020 season.  Some dates are still TBA and of course we know that mother nature will likely adjust the schedule as well.

31: Tyler Millwood, the driver of the No. 31 Super Late Model, will be back with the ULTIMATE Super Late Model Series full-time in 2020.  Millwood was the 2017 series champion.

2015: In 2015, the first race of the season at North Georgia produced six lead changes among five drivers.

$20,000: If you like big money races, then the ULTIMATE Super Late Model Series is a good place for you. The King of the Commonwealth at Virginia Motor Speedway on May 30, the USA 100 at VMS on August 1 and the Butterball Memorial on August 22 at Richmond Raceway (KY) will all pay at least $20,000 to win.