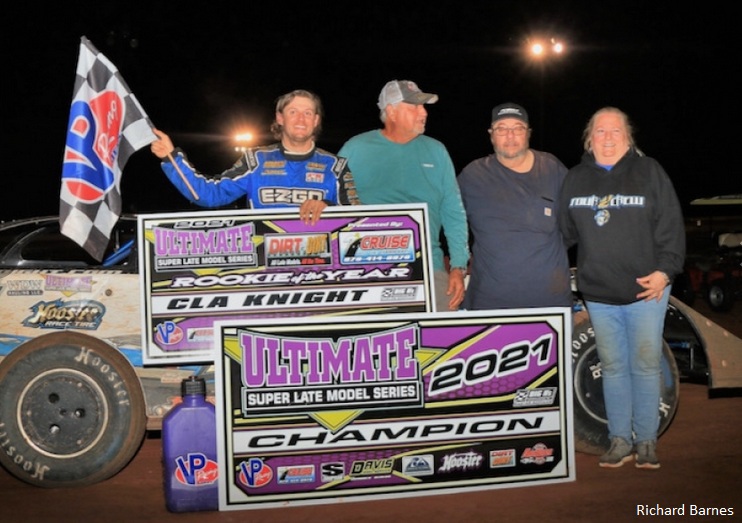 Cla Knight scored one victory with the Ultimate Southeast Tour in 2021. Knights consistency throughout the year was able to keep him in a solid points lead to capture the championship as the season concluded.

The Ultimate Super Late Model Series Southeast Region would like to thank the drivers, fans, and sponsors for their support during the 2021 season. The Ultimate Southeast Tour is excited to begin 2022 and look forward to a great upcoming year.