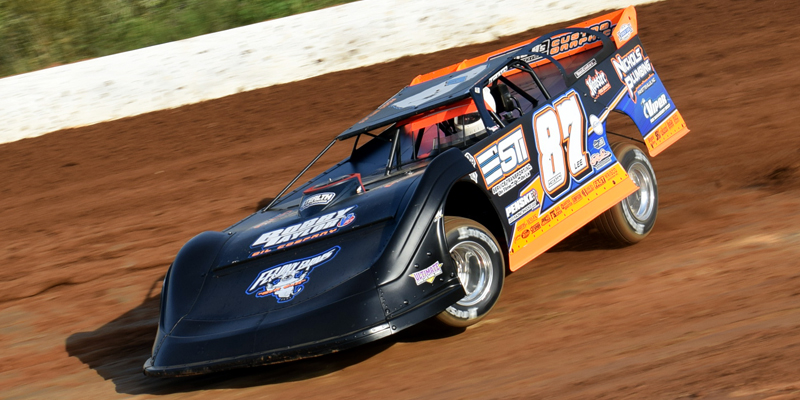 One of Southeast’s Hottest Drivers Headed to Lavonia

One of the hottest Dirt Late Model drivers in the Southeast is headed to Georgia this Friday, as Ross Bailes will compete with the ULTIMATE Super Late Model Series in the Buck Simmons Memorial at Lavonia Speedway (GA).

The Clover, South Carolina driver already has two ULTIMATE wins in 2019 to his credit competing in the Barry Wright ICON House Car, as well as wins with both the Lucas Oil Late Model Dirt Series at 411 Motor Speedway (TN) and the World of Outlaws Morton Buildings Late Models at Cherokee Speedway (SC).

Now, Bailes will take on Lavonia Speedway, hosting its first Super Late Model event since a World of Outlaws race on May 3, 2018.  While Bailes hasn’t competed frequently at the 3/8-mile oval near the South Carolina/Georgia border, he has plenty of confidence entering the weekend.

“I feel pretty good about it,” Bailes told Speed51.  “I haven’t been to Lavonia a lot, but we usually run pretty decent there.”

To Bailes’ credit, he was one of the drivers in that World of Outlaws event in 2018.  That night, Bailes finished sixth in a race led flag-to-flag by Brandon Sheppard.

“Luckily, we were there at the last Super race,” he said.  “I don’t expect the track to be a whole lot different than it was then.  We’ll go like we’ve gone in the past, see how we can fare.”

The event is also a chance to honor one of the true greats in Dirt Late Model racing, Buck Simmons.  A first-ballot National Dirt Late Model Hall of Famer, the Georgia native’s accomplishments are well regarded throughout the southeast.

At one time, Simmons competed in cars fielded by Barry Wright, a National Dirt Late Model Hall of Famer in his own right.  Friday, Bailes hopes to bring Wright to victory lane to honor the former partnership.

“Buck used to drive for Barry,” Bailes stated.  “It means a lot to Barry to run this race.  Hopefully we’ll put on a show for the fans in honor of Buck.”

A win would also be crucial for maintaining momentum entering the fall months, with major races on the horizon for the team.

“We’ve got a lot of big-paying races coming up.  We’re trying to make sure our car is as good as possible so we can carry this momentum through the rest of the season.”

Pits will open at 4 p.m. Friday for the Buck Simmons Memorial, with spectator gates opening at 5 p.m. and racing starting at 8 p.m.   Admission tickets will be $20, with pit passes priced at $35.

Along with the ULTIMATE Super Late Models, several local divisions will be in action, including 602 Late Models, 602 Chargers, Open Wheel Modifieds, Stock 8, Front-Wheel Drive and Stock 4.

For fans unable to make the trip, Speed51 will provide highlights, recaps and coverage of the event as the Official Video Home of the ULTIMATE Super Late Model Series.