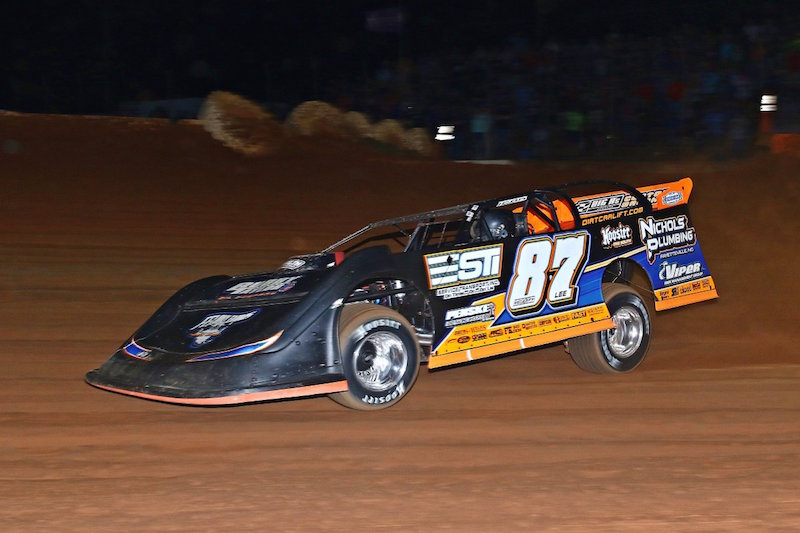 The USA 100 at Virginia Motor Speedway always draws big-name competitors from the Dirt Late Model world, looking for a $20,000 payday at one of the top facilities in the sport.  Two of the top runners from the Southeast will be among those names at the 43rd Annual edition of the event, as Ross Bailes and Chris Ferguson will make the trip to the Jamaica, Virginia half-mile.

Bailes has been one of the top Late Model racers in 2019, with wins across both the Lucas Oil Late Model Dirt Series and the World of Outlaws Morton Buildings Late Models, as well as the ULTIMATE Super Late Model Series and the Schaeffer’s Oil Spring Nationals.

While the Clover, South Carolina driver is hesitant to hype up the success he has enjoyed in the Barry Wright Race Cars house entry, Bailes still likes his chances going into the weekend.

“I think we’ve got a good car right now,” Bailes told Speed51.  “I think we’ll be able to be competitive there.  We’ve been fast all year, but usually when you go into a race overconfident is when you usually get bit.  I think we’ll be one of the ones to beat, so we’re looking forward to it.”

Ferguson, the 2014 USA 100 winner, is excited to go back to Virginia with another shot at a win.

“When we go there, we’re planning to compete for a win,” Ferguson said.  “We’ve always run good there, regardless of what car, whether it was a Warrior, Longhorn or Rocket.  We’ve always been right there in the hunt.

“We’re excited about taking this Bloomquist car, we’ve got a little momentum on our side,” he added.  “Hopefully, after Thursday and Friday we’ll have even more momentum.  I think we’ve got a good shot at it.  Naturally, there will be a lot of good cars there, so we’ll have to execute.  If we do our job and get the car right, I think we have just as good of a shot as anybody.”

Ferguson was very complimentary of the facility, a favorite among fans and racers alike for both the on-track product and the off-track amenities.

“We’re always excited to go there,” Ferguson said.  “It’s just such a phenomenal facility and race track.  They do such a good job, they pay out good there.  The Sawyer family that runs the track there are really good for dirt racing.  Any time they put on a big show, we do our best to make it there and support them.”

Bailes, a former FASTRAK World Championship winner in Pro Late Model competition at Virginia Motor Speedway, said being able to adapt to changing conditions throughout the evening is key to success.

Ferguson echoed that sentiment, citing his 2014 battle for the win with Greg Satterlee and Jonathan Davenport in the event.

“The biggest thing is having a good car in the long run when the track starts to slow down and slick off,” Ferguson said.  “The one race we won there in 2014, it had a cushion, a mud ring around the bottom.  There was some black slick in the middle of the track.

“Satterlee was running on the cushion.  Davenport was moving around.  We had a car that could run right in the middle of the race track.  Any time you have a car that can run anywhere on the track, that’s what it takes there.  You’ve got be able to maneuver, and that’s what it will take to run good there.”

If you are unable to make the trip to Jamaica, Virginia this Saturday, stay tuned to Speed51 for details on coverage of the event this weekend.

For more information on this weekend’s USA 100, visit www.vamotorspeedway.com and www.ultimatesupers.com.