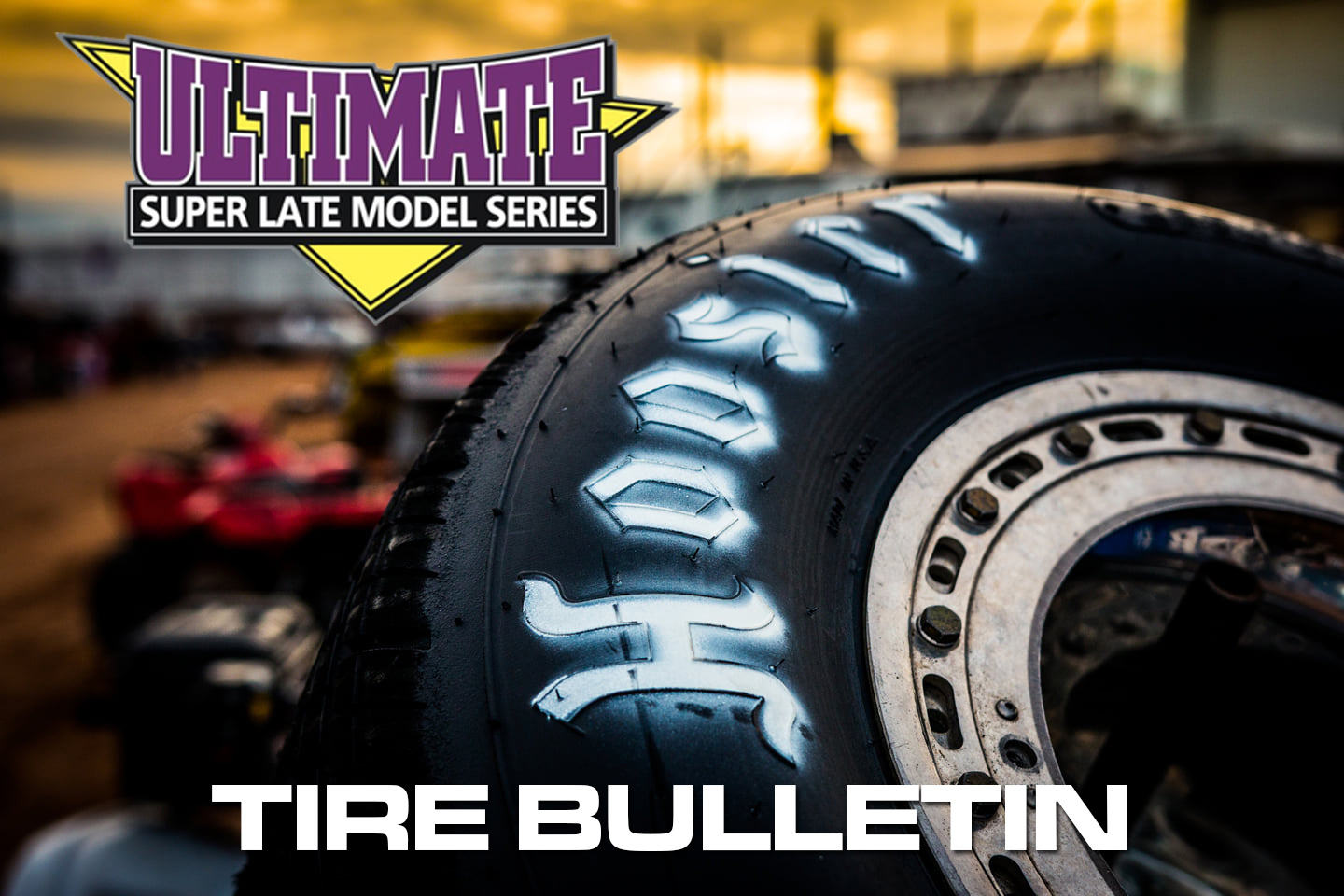 Carnesville, Georgia - In cooperation with Hoosier Racing Tire, ULTIMATE Series Officials have added the following restrictions to the current series tire rule, due to the current national shortage of tires.

There will be no changes in the allowed compounds of tire however, EFFECTIVE JUNE 19th at the Sumter Speedway event and until further notice, competitors at ULTIMATE Super Late Model events will be limited to a total of five (5) tires, to use for the event.

The four (4) tires used for qualifying and heats will be marked in pre-race tech. One additional tire (presumed right rears) will be marked which can be changed before the feature. Any other tires changed from the remaining three (3) would result in the competitor starting on the tail. Flat tires can be changed during the feature still, as well, which also results in being sent to the tail of the field.

“Hoosier Tire’s Shanon Rush contacted me this week and asked that we consider some options to help them work through the current limited inventory issue that they have. And this was the plan that we have put together to try and do our part to alleviate the problem,” commented Series Director Kelley Carlton.

Once tires levels have returned to normal, the ULTIMATE officials will make another announcement that will have the series returning to their normal tire rule.