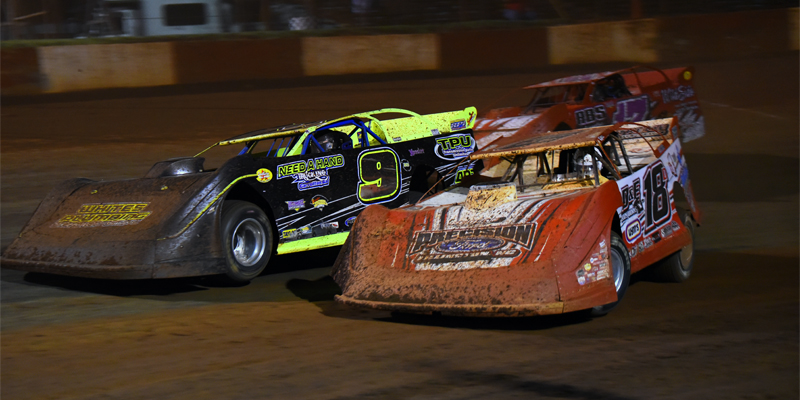 During last weekend’s Night of Champions banquet for the FASTRAK Racing Series and ULTIMATE Super Late Model Series, a $4,200 increase was announced for the ULTIMATE Southeast points fund.  The increase will bolster the payout for the second through sixth-place points finishers, adding more incentive for racers loyal to the series.

ULTIMATE Southeast race director Kelley Carlton explained that the increase was admittedly a surprise even to him at the banquet from outgoing General Manager Stan Lester, but one that should add even more stability for the tour.

“Stan surprised us with it at the banquet,” Carlton told Speed51.  “It wasn’t something we were expecting.  He attributed it to our steadily increasing car counts and the stability we have, the number of races we put on and the drivers we draw.”

Carlton hopes this will be another step towards continuing the series’ success after averaging more than 24 cars per event in 2019.

“With that and some other programs we are working on, we hope to bolster our full-time car counts,” Carlton said.  “We feel like this is the strongest point fund for another regional dirt touring series in the country.  We don’t have a Lucas or Outlaws program, but for a regional program I feel we are top of the heap for what we pay at the end of the year.

“This will be a big boost for that, give them more incentive to run.  There are some guys racing for championships that pay what my third place pays.”

Between an increased point fund and several major events on the 2020 schedule, including the $20,000-to-win King of the Commonwealth, USA 100 and the $10,000-to-win Butterball Memorial and inaugural “Throwback” event at Lake View Motor Speedway (SC), there will be plenty of opportunities for ULTIMATE competitors to snag major paydays.

“We have such great race tracks we are associated with,” Carlton said.  “Stability is such a big part of having the success we have, including the stability of these staple events like the $20,000-to-win shows.  Even the smaller races, the Jack Starrette Memorial at Modoc, this will be our 10thyear running that.  Screven at the end of the year has become an annual event.

“These staple events for our program make it stable, and racing like that stability and knowing what we’ll be doing.”

In another example of that stability, the 2020 ULTIMATE Super Late Model Series Southeast season will begin on March 7 at North Georgia Speedway for the sixth consecutive year.

For more information on the ULTIMATE Super Late Model Series, visit www.ultimatesupers.com.  Stay tuned to Speed51, the official video home of the ULTIMATE Series, for more updates and news on the season opener at North Georgia as well as other events during the 2020 season.