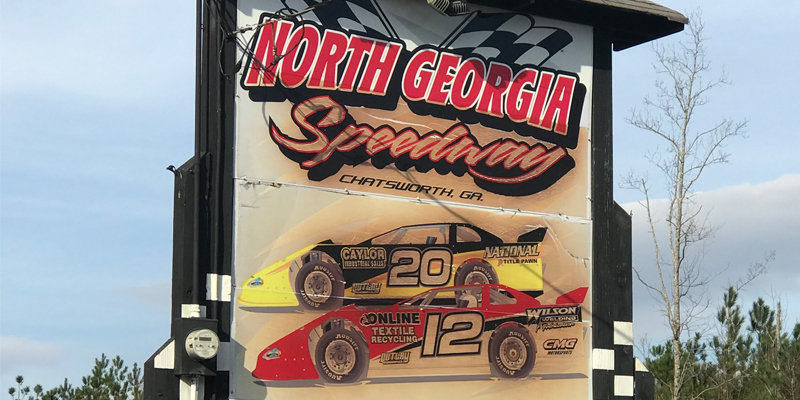 The ULTIMATE Super Late Model Series season will wait another weekend to kick off, as weather has postponed the series opener to Friday, March 13.

“Due to saturated grounds and flooded parking areas, North Georgia Speedway’s Ultimate event will be postponed to next Friday, [March 13],” read the ULTIMATE Super Late Model Series announcement.  “We chose Friday in an effort to not book on top of other events.”

The $4,000-to-win event will be the 10th season opener for the ULTIMATE Super Late Model Series, starting its celebration of a “Decade of Speed.”

North Georgia Speedway has been the home of the ULTIMATE season opener since 2015, with Donald McIntosh winning that event.  John Ownbey, Brandon Overton and Michael Page have also won the kickoff event since moving to the Chatsworth, Georgia 1/3-mile, with Page winning the last two editions of the race.

Zack Mitchell will enter the 2020 season pursuing a third consecutive championship with the ULTIMATE Super Late Model Series, which would make him the first-ever driver to accomplish the feat in series history.  It would also tie him with Casey Roberts for most championships in the series history.

However, 2017 champion Tyler Millwood is among the drivers who will be challenging Mitchell in the 2020 season, looking to dethrone the reigning title holder.

Speed51, the Official Video Home of the ULTIMATE Super Late Model Series, will be at North Georgia Speedway next Friday with highlights and more coverage from the season-opening event, including exclusive video content on the Speed51 Network.

Click here to subscribe to the Speed51 Network today to keep up with all of this exciting coverage during the 2020 season.