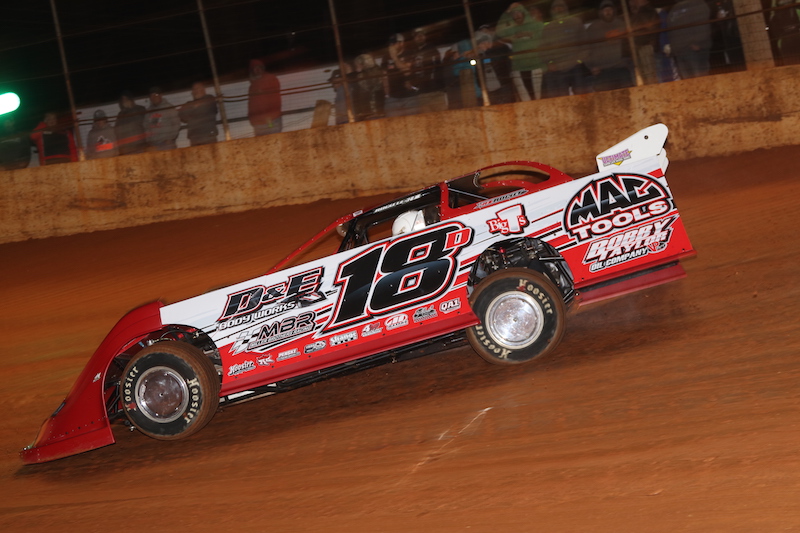 ULTIMATE Supers at Lake View to Be Broadcast on MAVTV

The ULTIMATE Super Late Model Series will make its MAVTV debut this season, as the series’ June 29 event at Lake View Motor Speedway (SC) will air on Speed51’s Short Track America. The event will be shown in a tape-delayed broadcast on the popular motorsports network.

Speed51’s Short Track America broadcast of the ULTIMATE Supers will air on Wednesday, September 4 at 7 p.m. ET.  Additional airings of the event will follow, beginning at 10 p.m. ET that evening.

The series is fresh off one of its closest finishes in series history, with a difference of only .019 seconds deciding the winner of the USA 100 at Virginia Motor Speedway.

The ULTIMATE Super Late Model Series features some of the best Dirt Late Model racers in the Southeast, competing throughout the Carolinas, Georgia, Kentucky, Tennessee and Virginia at some of the most famous dirt tracks in the region.

Lake View Motor Speedway is one such venue, debuting on the ULTIMATE schedule after a revival at the South Carolina 4/10-mile oval.  Once a mainstay on circuits such as the Hav-A-Tampa Dirt Racing Series, owners Scott and Sophie Tripp are breathing new life into the facility, looking to return Lake View to its former prominence since taking ownership in February 2018.

Owned and operated by Lucas Oil Products, MAVTV is a television network with its roots deep in the automotive world. MAVTV offers an unparalleled line-up of exclusive motorsports, that includes prestigious events such as the Chili Bowl, The AMA Pro Motocross series, the Lucas Oil Challenge Cup and more. But MAVTV goes far beyond the national mainstream events and also covers multitudes of grassroots series’ from across the globe: Drag boats, sprint boats, drag racing, pro pulling, drifting, dirt racing, ice racing and everything in between.