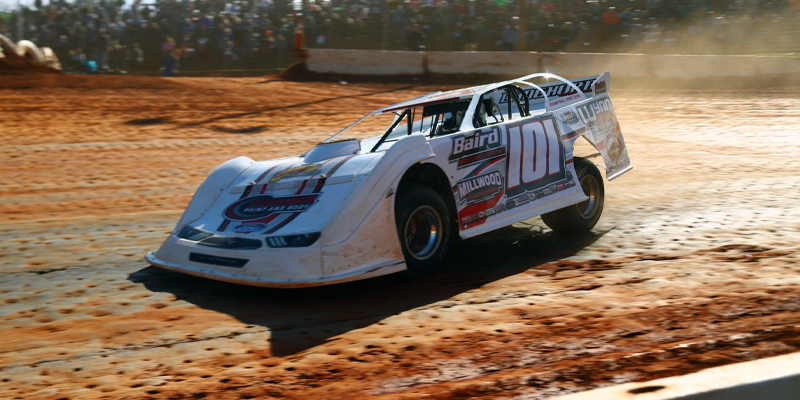 The ULTIMATE Super Late Model Series will begin its 10thseason this weekend at North Georgia Speedway. The series’ winningest driver will be on hand, hoping to welcome in a “Decade of Speed” with another trip to victory lane.

Three-time ULTIMATE champion Casey Roberts will be at the Chatsworth, Georgia bullring as the season begins on March 7.  Roberts was on Speed51’s “The Bullring” Monday to discuss the upcoming race at the 1/3-mile oval.

It’s a venue the Toccoa, Georgia native doesn’t visit often, but loves to hit any time he can.  He spoke highly of the competitive, side-by-side racing the high-banked clay track produces.

“We like going up there,” Roberts said.  “We don’t get to race there much, once or twice a year, but it’s a racy joint and we’re looking forward to going.”

While the track always produces exciting racing, the kind of racing fans see at North Georgia can vary depending on the track condition.  It provides a wild card even for successful veterans like Roberts.

“That place can be super slow or super fast,” he explained.  You just never know what you’re going to get there.  That’s what makes it unique, and it’s super racy either way.

“We’ll see how it is when we get there, make adjustments, hopefully make the right ones and end up in victory lane.”

Saturday’s race marks the 10thseason opener for the ULTIMATE Super Late Model Series, one of the premier regional Dirt Late Model touring series in the country. Roberts was one of the faces of the series in its first season in 2011, narrowly missing out on the championship in a battle with Chris Ferguson.

A decade later, Roberts looks back fondly on those days and how much the series has grown since then.

“It’s definitely turned into a big deal,” Roberts said of the ULTIMATE series.  “Kelley [Carlton] does an awesome job.  There’s a good point fund, a good selection of races they do scheduling-wise.  Hopefully we get to run a good bit more with them.

“Back then, it was cool to get started on that deal.  Ferguson, Rambo [Franklin] and all of us running up and down the road in the southeast together, making friends.  It was pretty cool to be buddies.  If you had any trouble, they’d always lend you a hand.  We made a lot of good memories in that deal, and hopefully we’ve got a lot more to make.”

Speed51 will provide coverage of the 10thAnnual ULTIMATE Season Opener from North Georgia Speedway on Saturday, March 7.  As the Official Video Home of the ULTIMATE Super Late Model Series, Speed51 will be on hand and provide highlights and more from the event.

For more information about joining the Speed51 Network, click here.

“The Bullring” airs every Monday starting at 7 a.m. ET from Studio 51 in Concord, North Carolina. Fans can watch each week on Speed51 or Speed51’s Facebook Feed presented by Five Star Race Car Bodies.