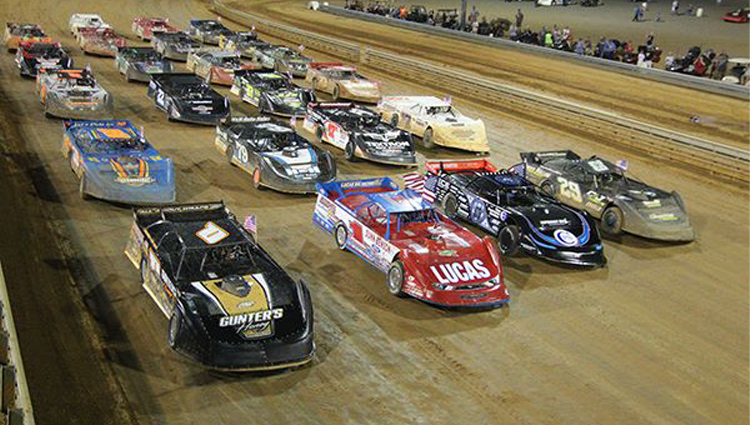 This weekend, the ULTIMATE Super Late Model Series and FASTRAK Racing Series will descend on Virginia Motor Speedway in Jamaica, Virginia for the USA 100.  Between the two touring series, $23,000 will be paid out to the winners of Saturday’s races, making it a can't miss-event for Dirt Late Model enthusiasts.

Since then, Virginia Motor Speedway has been very pleased with the working relationship with ULTIMATE and FASTRAK.

“This event has been sanctioned by multiple national sanctions,” Seay stated.  “We moved to the ULTIMATE Super Late Model Series six, seven years ago, somewhere in there.  We get higher car counts.  It’s some of the best racing I have seen at Virginia Motor Speedway.  They always put on a great show, put on in a timely manner.”

The USA 100 also provides local stars a chance to go for a big-money win.  With the Lucas Oil Late Model Dirt Series competing in a tripleheader weekend, many of the national stars will be away.

“Last year, storybook, third-generation driver Tyler Bare from Rockbridge Baths, Virginia, picked up his first-ever Late Model race,” Seay said.  “How would you like to say your first Super Late Model win was for $20,000?  We’ve had multiple regional guys over the years win this event.  We’ve had guys like Scott Bloomquist win it four times, but this is a regional guy’s chance to win a bunch of money.”

For those considering making the trip to Virginia Motor Speedway this weekend, Seay promises a top-notch experience at a fine facility.

If you are unable to make the trip to Jamaica, Virginia this Saturday, stay tuned to Speed51 for details on coverage of the event this weekend.

Be sure to like Speed 51 on Facebook and turn on notifications, so you can be alerted when “The Morning Bullring” comes on each Monday at 7:00 a.m. ET.